I find the new Cactus models from the French based carmaker Citroen quite unique, due to their flowing design language and AirBump technology on the cars` sides. And the newly arrived C3 or the C4 Cactus are even more revolutionary in terms of design.

Citroen has recently announced the details of the new 2018 Citroen C4 Cactus, the model arriving on the market in the second quarter, next year.

From a visual perspective, the freshest novelty is the revised AirBump technology, which now comes with small panels placed lower down on the doors to enhance the car`s good looks. The AirBump technology also prevents the doors from scratching whenever we take it out for shopping sessions and “bump” into shopping carts.

The 2018 Citroen C4 Cactus also features bigger headlight clusters up front, along with a new grille layout and Citroen badge positioned in the middle. The model also looks more aggressive with bigger and wider alloy wheels.

Stepping inside, the cabin welcomes you with some minor enhancements as well, like wider seats and new upholstery colour trims. The dashboard is also sitting lower, coming with new tones and horizontal lines, creating the feel of wider space. The same dash features a 7.0-inch touchscreen infotainment system.

Performance wise, the all-new 2018 C4 Cactus is equipped with four motorizations – ranging from 130 PureTech to 110 PureTech, featuring a 1.2-liter turbo-petrol three cylinder engines, with 96 kW or 81 kW. There is also the PureTech 82 moll with 60 kW and manual transmission. Besides the six-speeder, the other variants are also fitted with a five-speed manual or six-speed auto. 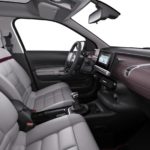 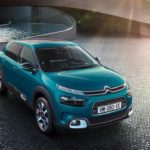 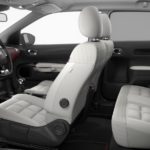 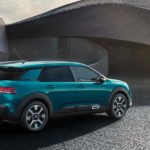 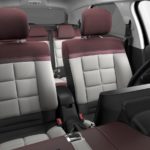 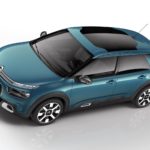 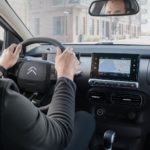