Fresh news are finally available on the much awaited for Bugatti Veyron successor. Long talks and small details not enough for you anymore? Well then it’s time to know that the car has finally been spied. And since nothing speaks better than images, we have fresh photos of the new Bugatti.

The new model has been caught in Southern Europe. As far as aspect goes the mule is based on the Veyron Super Sport. Feature list counts modified rear bumper and unique alloy wheels. And more good news is available as the new Bugatti brings easier access to data logging equipment. How is that possible you might say. Well the rear deck lid panel has been removed.

The inside of the car is still pretty much a mystery. Though in the current pictures the car has a Volkswagen-sourced steering wheel this will not be used on the production model. Inside feature list counts an assortment of testing equipment and emergency buttons. Most probably news on their functions will be available pretty soon. The model might be called the Chiron and will definitely bring a great change in comparison to the prior one. Yes, we mean a great weight loss that has not yet been disclosed. 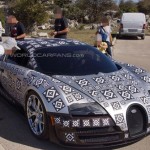 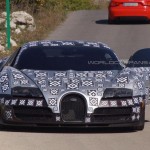 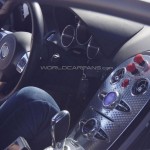 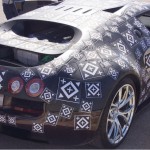 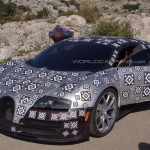