Great news from Audi. The company has unveiled one of it’s long awaited for models. We refer to the A7 Sportback h-tron quattro.

The concept car has been revealed at the Los Angeles Auto Show. One first look at the model and you might draw the conclusion that nothing much differs from the conventional /powered one. Well it’ time for you to know that magic takes place under the hood. That is because the A7 h-tron quattro concept is a a fuel cell hydrogen vehicle with a plug-in hybrid setup. As far as weight goes the new concept has sure gained some. Thanks to all the hardware the new Audi weighs 1,950 kg (4,299 lbs). 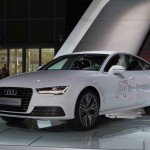 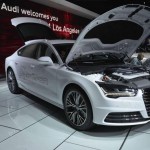 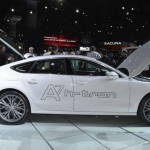 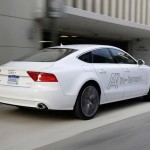 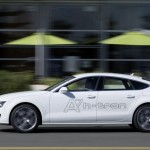