Love super cars? Love speed? Then you are certainly a Porsche fan that will be more than happy to read this article. Recently Porsche 911 Targa has been spied. We remind you that Targa has been launched in January at the North American International Auto Show in Detroit.

Thoug short time has passed since then a makeover for the new car seems to be in order. The revised 911 family will likely premiere in September 2015 at the Frankfurt Motor Show. It is no secret to anyone that the 911 is quite a succesfull recipe. Probably this is the reason for which changes made to the Targa won’t be of major significance, but rather just enough to make the car more interesting. As far as the exterior goes, the front fascia will get a minor revision with bigger air intakes and tweaked LED headlights & daytime running lights. Bigger taillights, wider third brake light, centrally-positioned exhaust, and dual vents on the lower corners of the bumper represent the biggest changes on the back of the car. 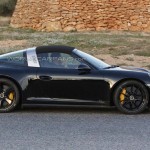 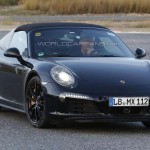 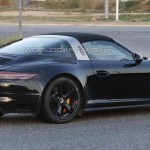 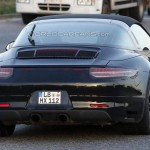 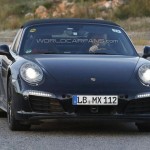