Cheap, well equipped, sips fuel like a pipette, looks nice and boasts with a 7-year warranty – in short, your dream car if you are looking for a cheap and cheerful car in the A-segment.

We now refer to Kia Picanto that has recently been given a well deserved facelift. According to recent informtion, the third-generation Picanto will arrive in 2016. Introduced in 2011, Picanto really needed a facelift to provide it with a more fresh look. And rumours about the car don’t stop hete as daring voices inform the car might make it’s public debut in Korea probably next year. Bassicaly the new generation model could be lightweight and stronger compared to the current Kia Picanto.

So far this is just speculation,but one thing is for sure. A masked Picanto has been spotted in Germany. It is easy to see that the car is just facelifted and not an entirely new model of the brand. Nevertheless, two visual details give place to discussions. For this version of the Picanto typical trapezoidal fog lights have been replaced with round units. It’s important to mention that these elements are not available on the production Picanto / Morning. Also the dashboard is all covered up as well, which just might mena that minor redesign is planned. 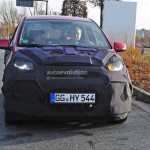 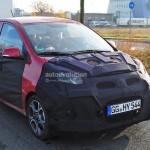 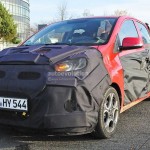 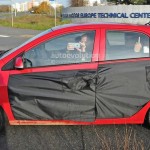 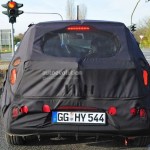