Under hood arsenal is even greater as the car will run on Mustang’s four-cylinder 2.3-liter EcoBoost engine which promises to deliver 250 bhp (186 kW). Ford Focus RS is also promised to take 0-60 mph sprint in just 4.5s. As shown in the pictures Ford Focus RS is painted in Liquid Blue. But evern though catchy the colour of the car is not the only thing that screams wild.

Feature list for the new Ford Focus RS sounds like magic. A more aggressive body, bigger air vents, a rear wing, and sport-tuned suspension are all on the super arsenal list. The interior of the car is also quite exciting. The new Ford Focus RS will have Recaro seats as standard. Drivers willing to pay more for their confort can benefit from optional bucket seats. 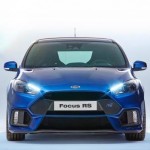 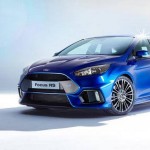 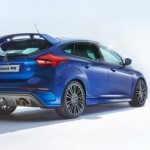 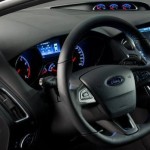 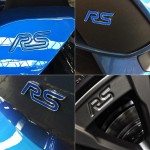