The much awaited for special car designed by McLaren called 650S Project Kilo model has finally been revealed. Several images of the special car are available to bring us one step closer to reality.

And in short the super model benefits from a series of special cues that show a clear evolution for McLaren. The car served as a tribute to Bruce McLaren as it has a small drawing of a kiwi bird located on the engine cover. As far as the exterior of the car goes we can not help but point out the list of goodies. The impress arsenal for the 650S Project Kilo model counts an extensive list of carbon fiber options among which the roof and the rear diffuser, new sill panels and instrument cluster bezel with integrated shift lights.

The elements we have mentioned so far not enough to satisfy you? Well then let us tell you that the car also has McLaren Orange painted inner door seams with MSO logos and new aluminum water and oil filler caps. By far maybe the most interesting element about the new McLaren is a 24 carat gold plated exhaust heat shield. Described by the producers 650S Project Kilo model is “one of the most personalized, bespoke projects that MSO have undertaken to date”. 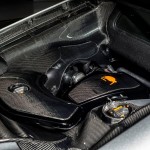 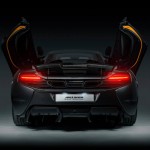 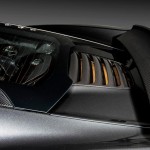 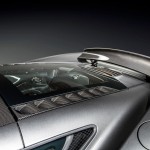 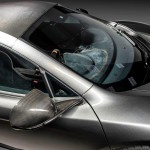