The new Liberty model from Subaru is a cool ride, fully-tweaked with plenty of safety systems and technology onboard, much cooler design and the same high-performance engines like the previous model. It was recently introduced on the Australian market and will be heading the local showrooms in a couple of weeks.

From a visual standpoint, the 2018 Subaru Liberty in all its forms looks much more appealing and aggressive, thanks to the new visual enhancements – updated front grille and bumper, redesigned headlights and side mirrors. The stability and grip has also been improved thanks to the new 18-inch alloy wheels.

In the safety department, just like any new modern car from Subaru, the 2018 Liberty also benefits from the most advanced, comprising Steering Responsive Headlights, along with the company`s new Front View Mirror system which prevents front-end collisions at speeds under 20 km/h. The car is also equipped with Side-View Monitor, automatic high-beam and EyeSight system with stereo camera in a premiere.

The interior of the new 201 Subaru Liberty has also been revised, now coming with larger front fascia with gloss black surrounds with silver highlights, two USB ports to the back seat, 6.5-inch screen for the entry-level 2.5i variant or larger 8.0-inch multimedia screen for the 2.5i Premium and 3.6 R variants.

There are no modifications made to the car`s engine lineup, the new 2018 Liberty also featuring a 2.5-liter four-cylinder engine with 129 kW, or the 3.6-liter six-cylinder mill with 191 kW. The big change is the new transmission both variants are now coming with – we are looking here at a seven-speed automatic which replaces the previous six-speeder. 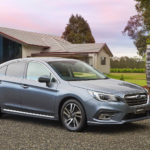 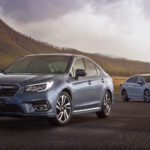 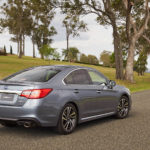 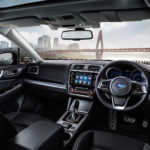