2016 Lotus Evora has finally been seen. To be more specific this comes as great news as it is the very first time that the magic car has been spotted. Not only this but the new Lotus has been caught on the road so photos of it are available now to make the list of mysteries just a little shorter.

According to information available so far the much awaited for 2016 Lotus Evora will make it’s debut at the Geneva Motor Show. The cat it pretty much out of the bag as far as the new Evora is concerned. Impress arsenal counts a new front bumper, a revised grille and larger air intakes with LED daytime running lights. On the back of the car novelty is present as the model has a a new rear wing and an aggressive rear diffuser. Actually the 2016 Lotus Evora is spectacular on the inside too as it has circular air vents, a three-spoke steering wheel and a instrument cluster, while managing to keep a familiar flavour. 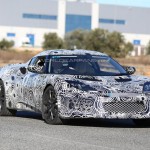 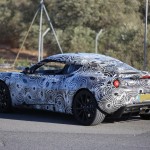 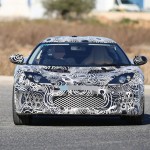